A report conducted earlier this year by the National Association of Bankruptcy Attorneys indicates that student loan debt has become a significant factor driving consumers to consider bankruptcy. According the report, 81% of bankruptcy attorneys say that the number of potential clients who carry some level of student loan debt has increased either “significantly” or “somewhat.”

In the report, Dr. Andrew Jennings, chief analytics officer at FICO is quoted as saying that the “evidence is mounting that student loans could be the next trouble spot for lenders.” Bankruptcy attorneys around the country seem to report that the student loan crisis seems much like the foreclosure crisis of 2008: more and more people seeking help with unmanageable debt levels and little to no options for relief.

Some facts highlight in the report include:

·         For the class of 2005 that began repayment in the same year that they graduated, 25% became delinquent at some point and 15% defaulted. The national rate on default for federal student loans is around 20%.

The NACBA recommends restoring the bankruptcy discharge for student loans. They point out that prior to 1976, all student loan debt was dischargeable through bankruptcy. The first reform came in the limitation that only student loans that had been in repayment for 5 years were dischargeable, a period that was extended to 7 years in 1990. The seven year requirement was completely done away with in 1998, and finally in 2005, all private student loans became non-dischargeable as part of a broader reform of bankruptcy laws. The organization also advocates for the re-imposition of a reasonable statute of limitations on student loan debt; the Higher Education Act Amendments of 1991 eliminated the previous statute of limitations. Finally the NACBA also recommends for more and improved government oversight of private collection agencies.

If you have fallen behind on your student loan payments or are struggling to pay other debts, bankruptcy may be able to help. While student loan debt is generally not dischargeable through bankruptcy, most types of unsecured debts are. If your other obligations are making it difficult or impossible to pay on your student loans, discharging those debts could help improve your financial situation.

The Westbrook Law Group practices exclusively in the area of bankruptcy law in St Charles, St Louis and surrounding areas and has helped hundreds of clients regain their financial footing. Brent Westbrook is committed to helping consumers gain a fresh start through bankruptcy. Mr. Westbrook offers free initial consultations and has evening and weekend appointments available by request. Our offices are conveniently located in downtown St. Charles, Missouri, and we also have a satellite office located in Troy. To schedule your consultation, call us today at (636) 493-9231. If you would prefer, please fill out the contact form available to the right and a member of our staff will be in touch with you shortly. 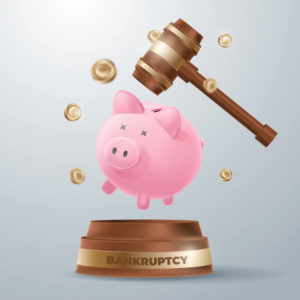